I love the no added hormone antibiotic cage free chicken. This one is a beautiful white and pink 3 pounder that cost $5.00. To start put it in a pot with 1 qt of water 1 tsp of salt and pepper. This a very basic recipe, you can also add sauteed carrots, celery and onion.

In bowl mix flour, salt, soda and water (or broth) until evenly moistened. Form into a ball and roll out 1/8 inch thick on floured surface. Cut into strips about 1 X 4 and drop into rapidly boiling stock. Cover and simmer until dumplings are done (15 minutes). Uncover and add chicken pieces. If the dumplings are not done keep cooking.

I had to cook these for about an hour before the dumplings were done. After researching I found my error. The old recipe I was using called for 1/4 tsp. soda powder (the stuff in the box). It needs an acid to have a reaction (think volcano) if I had used buttermilk it would have been fine, lesson learned. I have also found out after making these that you should cover them with a damp towel for a couple of hours before cooking. 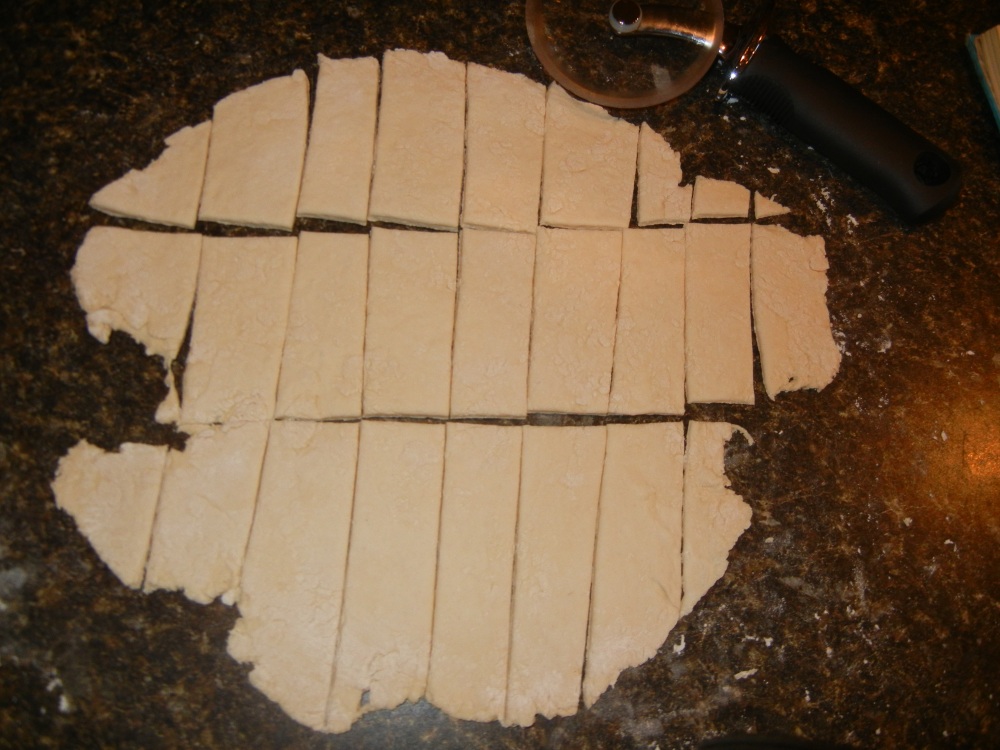 I had about 2 cups left and decided to go my own way. Overnight the dumplings soaked up the broth and due to my error with the baking soda were still firm. First I sauteed some onion, celery and carrots in butter/olive oil and added 1 cup water with a chicken bouillon cube (heated in micro). Put in some dried thyme and a touch of tarragon and brought to a broil. Finally added that to the heated left over chicken & dumplings.

It was looking better but I said to myself it needs a boost. Mixed 1 tbsp. soy sauce with 1/2 tbsp. rice vinegar and about 1 tsp. sriracha. Then drizzled that around on top of my bowl. What was good just got better.